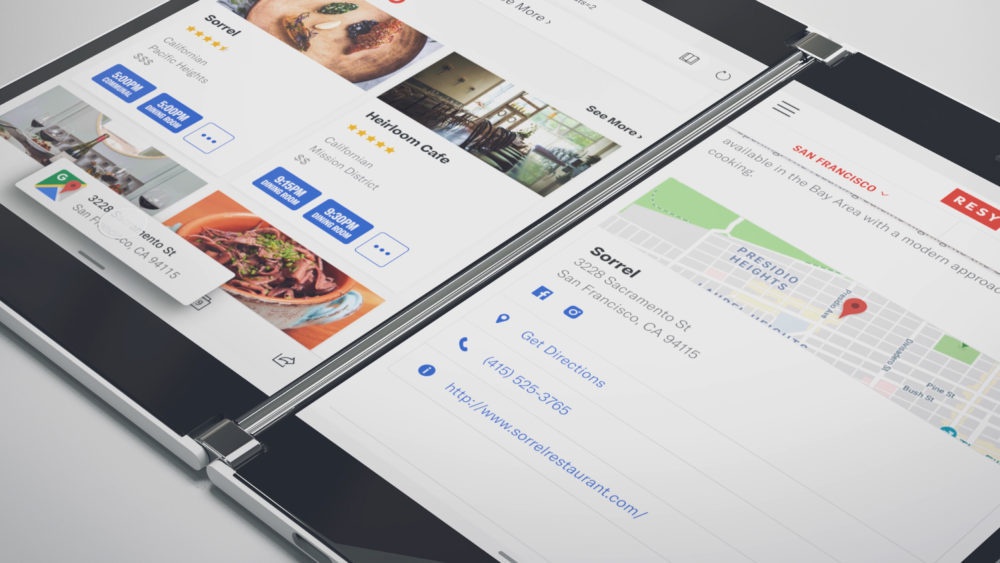 The more, the better – and when it comes to screens on a phone, apparently this holds true even more. Mobile companies have started to unleash their new creations to the press – and they all have a similar idea. Instead of one screen for your phone, how about doubling it and see what happens?

Under the shadow of Samsung’s Galaxy Fold re-release comes Microsoft’s horse in the race. The Surface Duo is a similar concept; it is two screens with a hinge in the middle. This gives the Surface Duo the ability to fold into a smaller, more portable device. It can fold either way; with both screens outwards or with both inside, leaving a more durable casing.

The Surface Duo runs on Google’s Android system. Microsoft tried to start their own mobile OS a few years ago, to no avail. Their failure stemmed from a lack of support when it comes to their services. This time, they are teaming up with a proven commodity in the hopes that their new creation would thrive. With the Android system at its core, issues like compatibility or a lack of apps is in the past.

The Surface Duo covers similar ground to the ‘folding smartphone design’ that several companies have tried in the past. It also faces problems that other phones encountered because of its folding nature. The phone’s durability for example has been a main issue with these folding models. With the constant folding, the impact each time can shorten the phone’s screen life considerably.

Microsoft also unveiled a similar design to another product – a dual screened laptop called the Surface Neo. More details would come as we come closer to its release date, which is expected to be sometime next year.