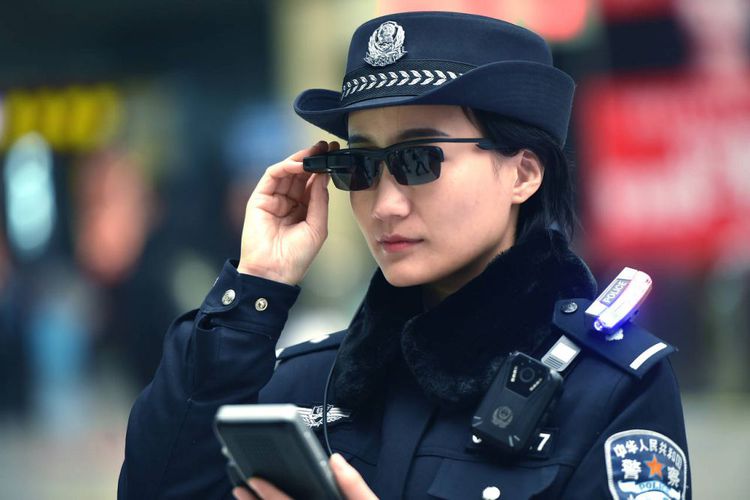 Catching criminals use sunglasses that include facial scan, for this only happens in action films like James Bond or Mission Impossible. But in China, this technology has been used by local police to detect the face of the fugitives.

Seven suspected cases of were arrested by the Chinese police with this device.The seven fugitives were arrested while in Zhengzhou city station.

At that time, the police were doing patrols using the face scanner glasses in the crowded area, that’s when the device found a number of fugitives to blend with the surrounding community. It did not take long, the criminal was immediately arrested.

In addition to seven fugitives, police also found 26 people using false identities. No mention of what follow-up officers for these 26 people. Quoted geekandtech.com from the BBC, Thursday (8/2/2018) spectator sunglasses are connected with the internal database of police.

That is, officers can scan the face of many people while looking for fugitives. How it works is to scan the face of the person seen by the camera embedded in the glasses. The scanned face is then matched to the image already stored in the internal database.

If the face image matches the criminal data the officer is hunting for, feeding information such as the name and address will be sent to the clerk. As a result, criminals can be easily arrested. Criticized While helping security personnel carry out their duties, the existence of this device has drawn criticism from some Chinese residents.

The reason, this technology can be misused by the government to track the political opposition or ethnic minorities. Before the face scanner glasses existed, China is arguably the country of a million cameras. The reason, this panda animal hometown has installed 170 million surveillance cameras (CCTV) at some point of the country.

The mounted surveillance camera is not just a camera. All are equipped with artificial intelligence, including face recognition technology. In the next three years, the Chinese government is targeting to add 400 million new CCTV spots across the region. No wonder this bamboo curtain country claims its home as the world’s largest camera surveillance network.