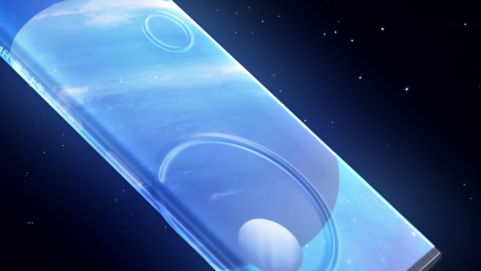 The name of the game in today’s phone industry is maximizing screen size. With internet connectivity being readily available everywhere, most people use phones to stream videos and watch movies. To maximize this experience, consumers would prefer phones with larger screens.

Maximizing screen size is rather apparent with the trends in phone models in the last few years. Phone designs started narrowing – to completely removing – the bezels and other essential physical buttons at the front. This gives the phone a larger screen size without increasing the phone’s size overall.

The newest phones offer close to 100% front screen for you to play with. Instead of physical buttons for commands such as home, back, etc. they are now part of the screen. Even the top part of the phone for cameras and speakers now has the screen stretched over them.

Now one has to ask, with new phones occupying nearly 100% of their front screens, what is next?

Xiaomi’s Mi Mix Alpha may offer some suggestion to this – with their 180.6% screen. Yes, you read that correctly. Now how might this be even possible you ask? Well, imagine a screen surrounding your entire phone. The phone consists of a singular screen they are calling the surround screen which covers the front and most of the back. The phone only leaves one vertical strip of non-screen at the back to place their cameras. Apart from that, it is one single screen bent into the phone’s shape. The sides of the Mi Mix Alpha are also screens. The right side houses the phone’s battery percentage, signal, and other stats normally located at the top.

This does pose a few questions regarding the Mi Mix Alpha’s design. First, it presents a concern about the phone’s durability.

Everyone has dropped his or her phones at one point or another. Most of the time we get lucky – the phone lands on its back, where the harder cover helps impact the fall. This can leave your phone undamaged even after dropping. A phone with a screen all around it leaves little in the way of sturdiness. With the phone having a singular screen, even a small, sole broken area means an entire phone useless. Add the fact that it costs over $2800 and you are left wondering is it worth the risk.

A Question on Function

The front screen, I get. Sure, everyone wants to view their videos as large as they could possibly get. People want to browse their photos, ebooks, and even games at a bigger screen. Having a screen at the back of the phone however begs to question its overall function. What is it for? In addition, will you use it enough times to justify the phone’s pricetag? It looks futuristic, however it may be more of a hoopla over its looks rather than its overall usefulness.

What do you guys think? Is the $2800 expected price for the Mi Mix Alpha worth having nearly twice the amount of screen for your phone?