Samsung smartphone Vendor officially launched S9 series, along with S9 Plus series, on Sunday (02.25.2018) in Barcelona, Spain. Released almost a year lapse of its predecessor, the Samsung Galaxy 8, some features continue to be refined even updated in this Galaxy S9 series.

Read also: HERE ARE 10 SMARTPHONES WITH THE BEST CAMERA

In addition to the camera, of course, another advantage is also pinned on the flagship Galaxy S9 which could be your next smartphone choice. Here’s a summary of geekandtech.com.

Galaxy S9 is similar to its predecessor. Samsung still retains the 5.8 inch screen span with a ratio of 18.5: 9 on this Galaxy series. This screen size will certainly satisfy the game lovers or video lovers. Moreover, the side of the screen is also made without a frame so that the phone is easy to grasp even though it has a wide screen.

For memory case, this series is no different with Galaxy S8. Both carry 4 GB of RAM. However, the Galaxy S9 is far superior in the use of external memory that can reach 400 GB. While the S8 is only at 256 GB.

Samsung’s upscale processor enhances the ability of its pacemaker on this series that makes the S9 the most powerful than the previous series. In comparison, the Galaxy S8 only carry Exynos 8895 processor. Meanwhile, Galaxy S9 equipped with Exynos 9810 processor. 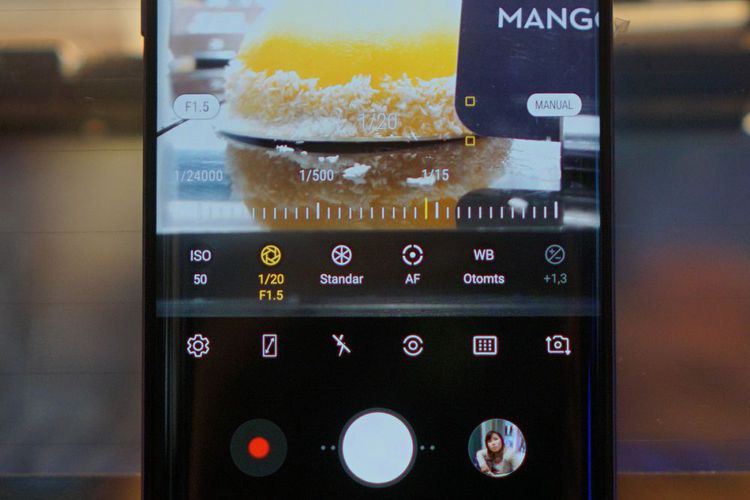 Yes, the camera became the most favored thing on the Samsung Galaxy S9. One that deserves thumbs up is a dual-aperture feature. Aperture refers to the width of the lens aperture ( entrance pupil) where the light comes in before it concerns the camera image capture sensor.

The larger the aperture (f / 1.5 in this case represents an opening wider than f / 2.4), the more light entering. Thus, camera lens openings can be selected between f / 1.5 to optimize the renderers in low-light conditions , and f / 2.4 to capture maximum detail when there is plenty of light, for example during daylight. 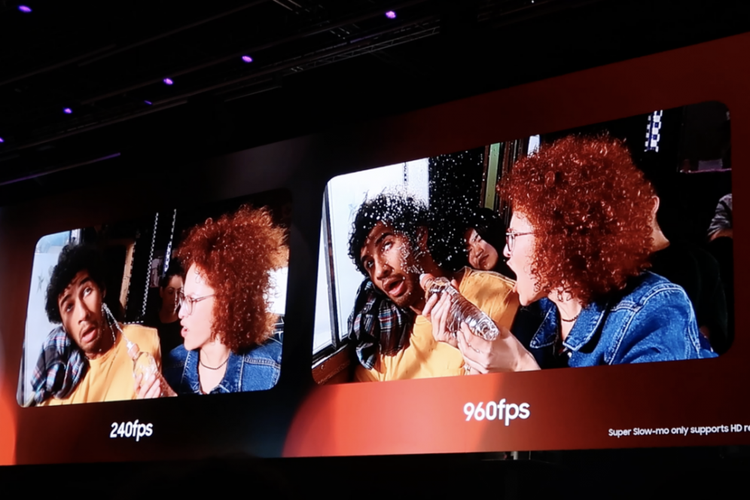 Still on camera, this one feature is very much awaited by the makers of video or vlogger. This super-slow motion recording captures moments four times slower than the Galaxy S8. With a 960 fps frame rate at 720p or 240 fps resolution with 1080p resolution, the S9 is capable of extending 0.2 seconds to 6 seconds so it will give a more dramatic picture effect.

In the Galaxy S9 series, Samsung introduced a new innovation, the incorporation of emoji with Augmented Reality (AR) technology through a feature called “AR Emoji”. AR Emoji allows users to create emoji similar to theirs. Not just similar appearance, character and expression will also adjust to the user’s face. In addition, users can also modify the skin color, eye size, type and color of hair, as well as accessories such as clothing and glasses. This feature will certainly turn on the virtual communication.

Samsung never slipped health applications in the Galaxy S4 in 2013. Applications called S Health that can measure the body, blood sugar, and blood pressure. Well, in this series Galaxy S9, Samsung launched a health application titled My BP in collaboration with the University of California, San Francisco. When you open the downloadable My BP Lab app on the Play Store from March 15th, users will be invited to join UCSF research for three weeks, to track stress levels and how emotions can affect your day-to-day health.

Assistant Samsung’s digital assistant named Bixby has been present since the generation of Galaxy 8. Bixby can guide the user to run all the applications on the phone. In fact, Bixby can help find pictures, remind some tasks, and other similar operations. However, on the Galaxy S9, Bixby claimed more intelligent. One advantage is to do a live translate that allows users to translate a foreign language just by pointing the camera to the text.

All the advantages are pinned on the Samsung Galaxy 9 can be obtained with a competitive price. With four color options, namely Midnight Black (black), Titanium Gray (gray), Coral Blue (Blue), and Lilac Purple (Purple), Samsung Galaxy S9 sold at $884,5, while for the S9 Plus series price of  $999.